The 1954 Chrysler Ghia Special GS 1 has not only been the winner in Pebble Beach 1959, but also now taken the "Best of Show"-Trophy of 17th Classic-Gala Schwetzingen 2021. The stunning Ghia finally made it against a Maybach DS 8 Zeppelin V12 Sports Roadster and the unexpected strong Rolls Royce Silver Cloud II Hooper Saloon, which was also in splendid condition.

The Chrysler Ghia is crowning the Centennary of "Carrozzeria Ghia", that was celebrated at the 17. Int. Concours d'Elegance Classic-Gala Schwetzingen 2021. Amongst the Ghia exhibits were also the Prototype of the VW-Karmann Ghia 1953, lend from the VW-Museum, the rare Convertible of the "big Karmann Ghia" Type 34, a FIAT 2300 S Coupé, a Ghia 450 SS and production cars like Maserati Ghibli and DeTomaso Pantera.

"Star of Classic-Gala Schwetzingen 2021" is the huge 1937 Maybach DS 8 Convertible by Doerr & Schreck with the V-12-Zeppelin-Engine, which took the lead from a Maybach SW 38 Spohn-Convertible, shown by the PS-Speicher Einbeck-Museum. The range of 10 Maybach-cars included an early Aero-Engine-Racer, a SW 38 Sports Roadster, two SW 38 Spohn-Convertibles, a SW 35 Saloon and the last produced Maybach, a SW 42, that was delivered to the Portuguese-Embassy in Berlin in 1942. End of the Range was a Maybach S62 long wheelbase, made in 2000.

A real surprise amongst the competitors for the win overall was a perfectly maintained 1962 Rolls Royce Silver Cloud II by Hooper, finished in Burgundy, which was in strong competition with a 1930 Audi 100 HP "Zwickau"-Phaeton, for the first time shown in public and a one-off BMW 328 Roadster with a pontoon Vignale Body of 1948. A similar rarebird was presented by the internet-traders of catawiki: a perfect Lancia Aprilia Aerodinamica by Viotti, showing the first slightly bend window-glasses in Automobile-History.

The idea of coachbuilt specials was newly interpreted by a range of BMW E3-Series Saloons, of which one of them has been perfectly converted into a 2-door / 4-seat Convertible, named "California". It is part of the so called "Wundercar-Collection", which also contains an Art-car called "New Horizon", showing Pink Panther in period design-environment, perfectly sprayed by the german Airbrush-pioneer Maurer - all available under www.wundercar-collection.de.

The 17th Int. Concours d'Elegance Classic-Gala Schwetzingen was covering Automobiles between 1885 and 1995 and included crowd-pullers like Porsche 956 LeMans as well als Mercedes AMG SLS GT 3 and a Display of the AMG-Club. The display in the order of decades is worldwide unique and united gone makes like Brennabor, Dixi, Framo, Horch, Protos and Roehr as well as Delage, Lagonda, Packard, Stanley and others in the segments of the circular baroque-garden. Nearly 20.000 spectators walked along the time-beam of Automobile-history under safe Corona-protection-regulations.

The 18th Int. Concours d'Elegance Classic-Gala Schwetzingen will take place 2nd to 4th of September 2022 and celebrate "110 years of Bertone" and honour the make of Roehr-Automobiles. The US-Classic-Car-Concours is showing 120 years of Cadillac and the most important cars of "the standard of the world". 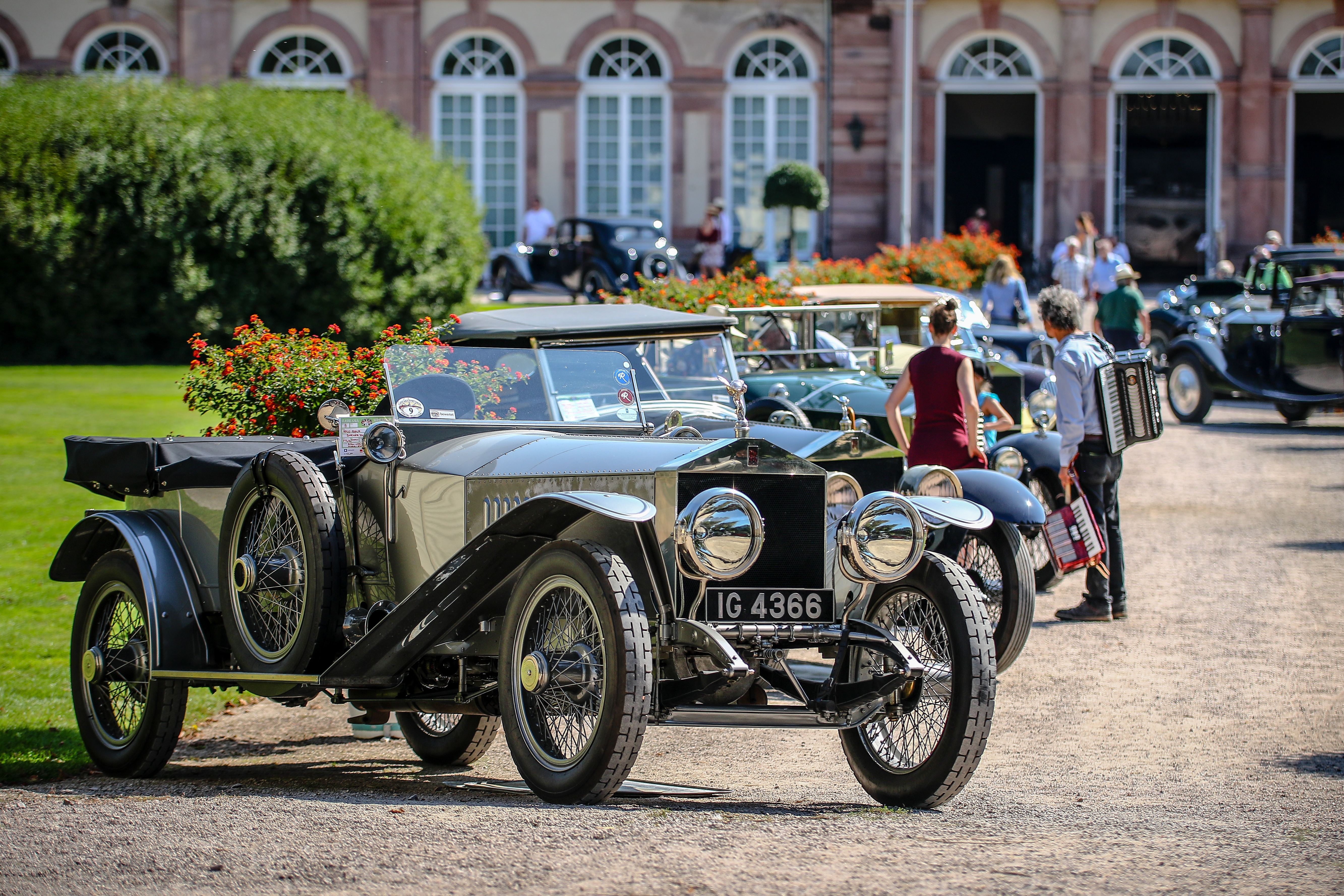 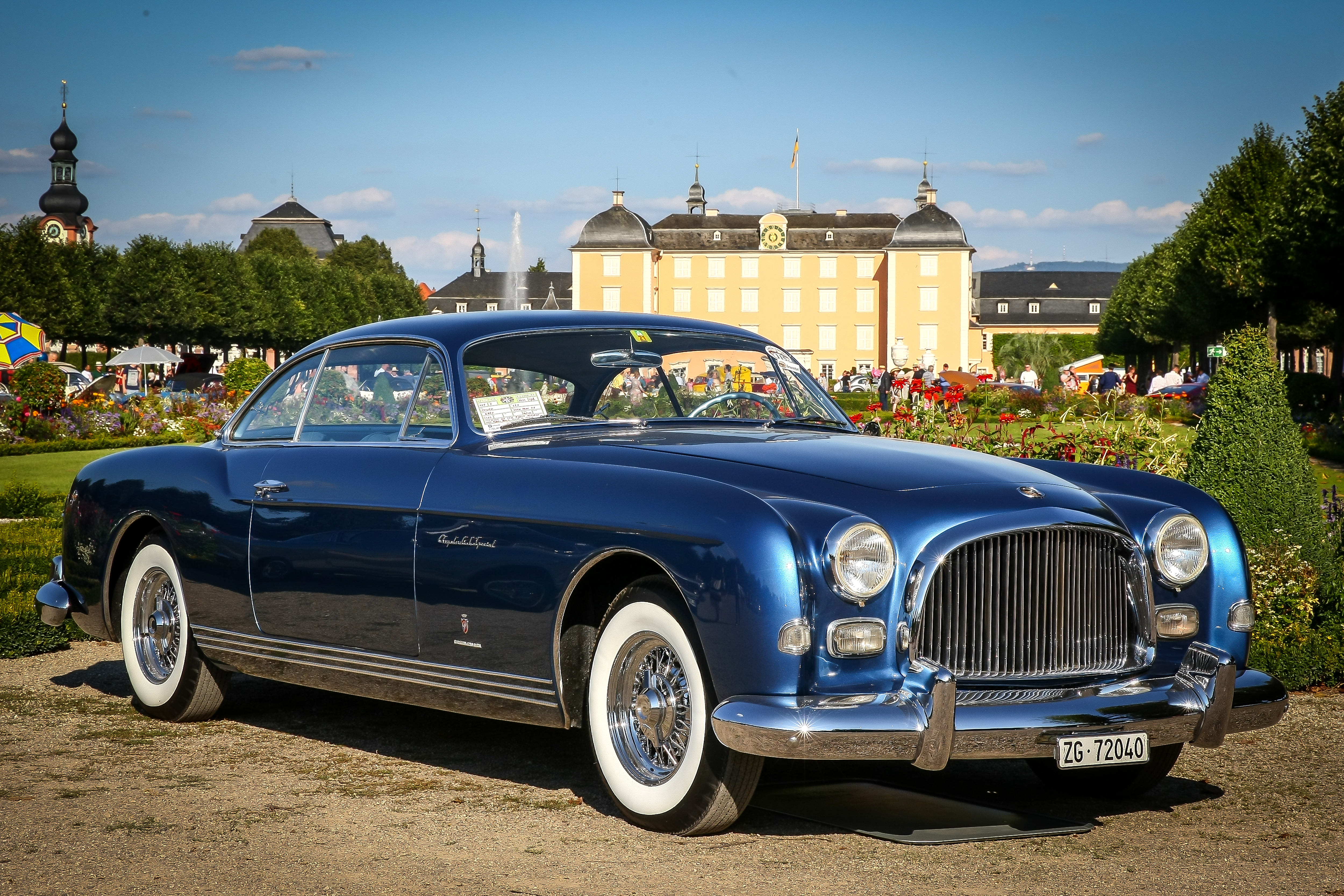